Their marriage was a train wreck 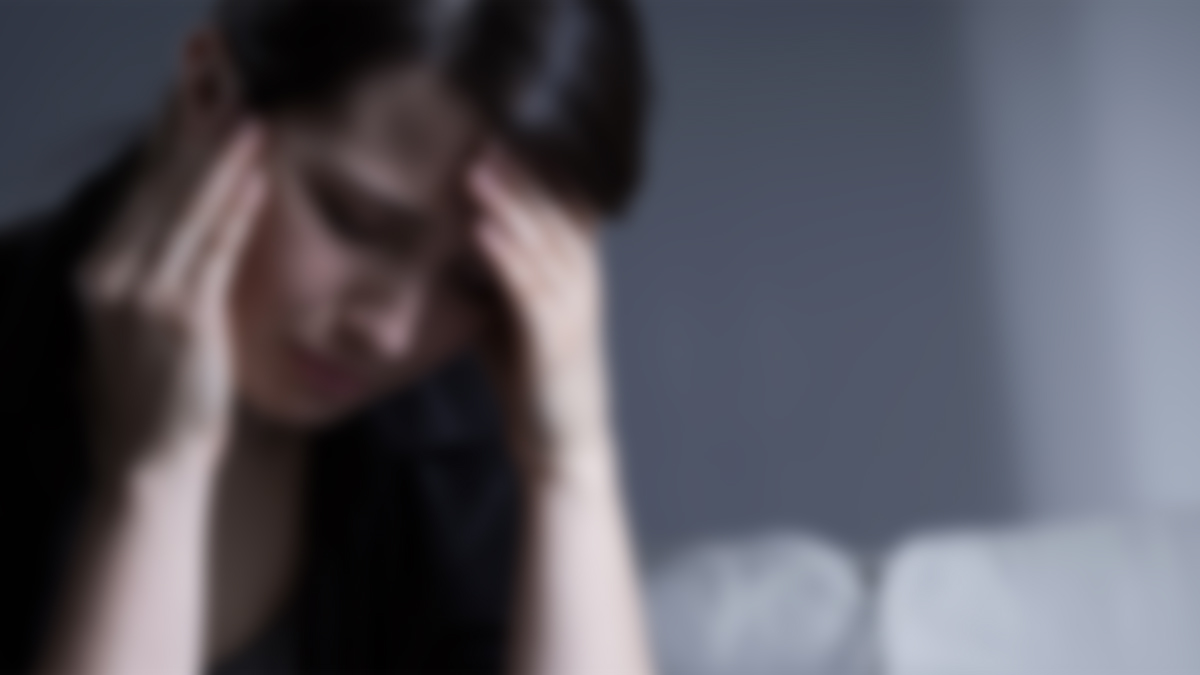 Roger and Tonya had known each other for about two years. They had a 1-year-old daughter, Natasha. And when they heard a radio ad about purchasing a home with no down payment, it seemed buying a house together was the next logical step in their up-and-down relationship.

A few weeks later, as they were filling out the paperwork to purchase a home, their mortgage broker said, “You know, this would be a lot easier if you guys were married.” Roger and Tonya glanced at each other. Easier … they liked the sound of that.

So the next day they got married at a local courthouse. Then they ate a Subway sandwich for lunch and went back to work.

And that was how Roger and Tonya Haskin became man and wife. As Roger says, “The mortgage broker proposed for both of us.”

But they really had no clue about what it meant to be married.

Tonya and Roger met back in 1993 as new boarders in a five-bedroom house near Seattle, Washington. The residents in the house shared some meals together. As Tonya got to know Roger, she learned that he was a hard-working Iraq war veteran who managed an auto repair center. And he had a 6-year-old stepson who often visited him at the boarding house.

About a week after Tonya moved into the house, she got a new job and wanted to celebrate. She asked Roger if he wanted to go dancing and he said, “Sure!”

In the following days Tonya and Roger started talking more and more. And before long they were sleeping together. But they never considered getting married. They were each recovering from failed marriages themselves.

“We talked about how marriage had kind of failed us,” Tonya says.

After so much hurt and confusion in their personal lives, Roger and Tonya thought their whirlwind romance was a breath of spring air. That is … until Tonya told Roger, “I’m pregnant.”

At the same time, Roger was promoted at work and had to move to Bellingham, Washington. And Tonya got a better job, requiring a move to Lynnwood, Washington. Living 75 miles apart at that point, Roger continued to see Tonya on his days off. His divorce was finalized just after their daughter, Natasha, was born.

Roger and Tonya didn’t think marriage was necessary to raise a child. Besides, their lifestyle fit right in with their friends and coworkers. They knew lots of people who had children out of wedlock, and they saw no reason to be different.

In fact, once he became a father, Roger complained that his relationship with Tonya was feeling too much like marriage. He felt like he was still young enough to play and have fun, and he couldn’t do that if he was tied down with Tonya and Natasha.

While Tonya didn’t care if she and Roger ever married, she expected him to be loyal to her. So she gave him a choice: Natasha and her or the single life.

So Roger and Tonya went their separate ways … for about a month. When Roger saw Tonya again at her sister’s wedding, he realized that he had made a mistake. He asked Tonya if he could come back into their lives.

She said she would agree only if they acted like they were married. And if he returned, she wanted them to get family pictures – to start acting like a family.

Surprisingly, Roger agreed. And this led, soon after, to their decision to purchase a home.

Even after Tonya and Roger took their mortgage broker’s advice and got married, in practical terms their relationship had not changed. They had no idea how to build a good marriage.

They felt many pressures from the time they recited their wedding vows. Tonya, who was a new police officer, left for the police academy. And Roger, still an auto center manager, was transferred to yet another store.

Then an old Army buddy of Roger’s temporarily moved in. He was a heavy drinker and pot smoker, and because Tonya was in law enforcement at that point, “that started putting some serious stress on our marriage,” she says.

After the Haskins had been married for about six months, Roger’s stepson unexpectedly moved in. The Army buddy moved out, but a live-in nanny moved in. And Roger did some serious drinking.

The atmosphere in the Haskins’ home was tense and Tonya often raised her voice in anger. Roger’s usual response was to retreat. He often stayed at his store until he knew she had left for work; then he’d either go home or to a bar. Sometimes Roger and Tonya didn’t see one another for three or four days.

Tonya wondered why Roger wouldn’t stay home. Yet Roger says he liked being married. He liked having a family to go home to, when he wanted to be there. What he didn’t like was Tonya telling him what a family is supposed to look like.

A Weekend to Remember®

“I couldn’t even imagine us going on any longer the way we were going on,” Tonya says. “I had already felt like a failure once with the first marriage, and I thought, Okay, I have failed again. We are not making it. Now I'm going to be a single mom.”

Tonya longed for something to fix her broken marriage, but she didn’t know what.

Then one of her colleagues at work gave her a brochure for a Weekend to Remember getaway. When she read that the event was centered on godly principles, she was disappointed. She and Roger didn’t go to church and they weren’t at all religious.

As far as she was concerned, God had nothing to do with her life.

But she was two months pregnant with their second child and desperate, willing to give anything a try – even a Weekend to Remember. She said, “I figured we could go and get the good marriage advice and leave the God stuff there.” When she told Roger about the marriage getaway, he said he’d go … because he wanted to get away from the kids. 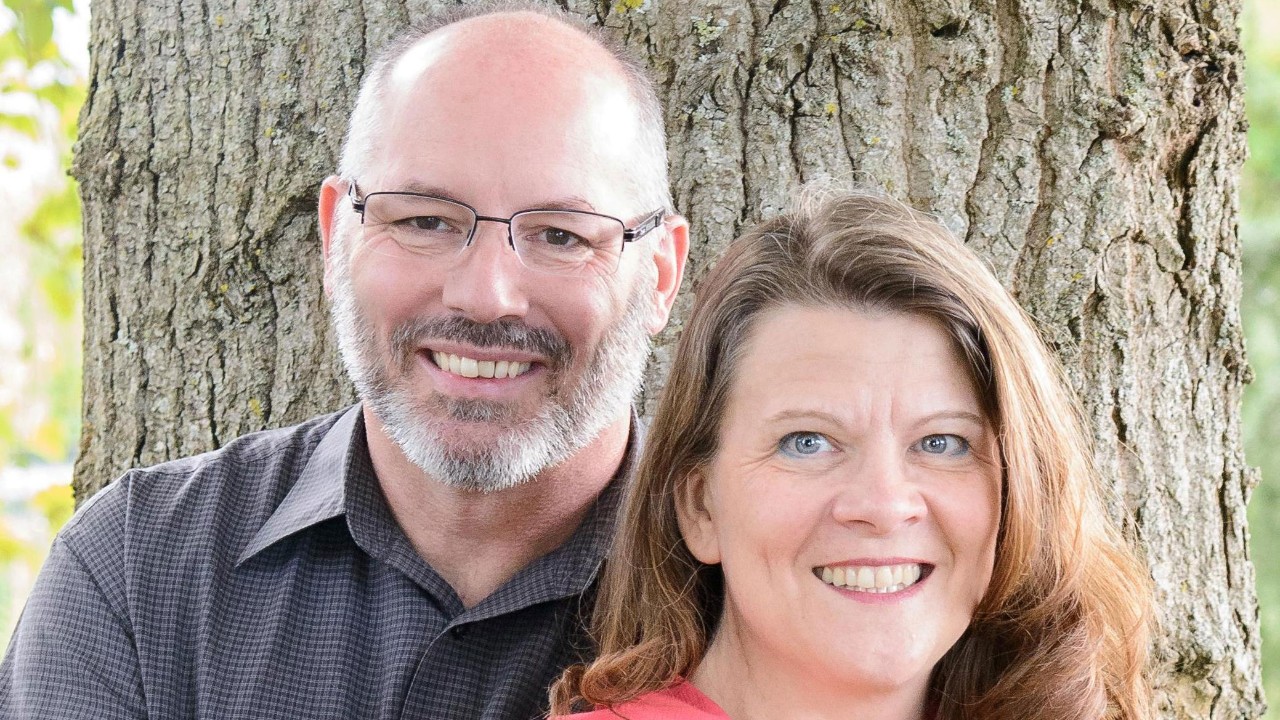 By the time Tonya walked into the conference ballroom, she had little hope for her marriage. But things started to change as they learned about God’s plan for marriage. On the second day of the getaway Roger identified with a story told by speaker Gary Rosberg. While Gary was studying for his doctorate, his daughter had drawn a picture of their family and he was not in it. “Where's the daddy?” he asked his little girl.

“Daddy's at the library, silly. Daddy's always at the library,” she replied. It was a crossroads moment for Gary, who realized he needed to make a commitment to being a father.

Natasha had drawn a similar picture for Roger, who was then working about 80 hours a week.

As he heard Gary's story Roger thought, How did he know?

The next speaker explained why a successful marriage needs God’s indwelling Spirit and how couples could have a relationship with Jesus Christ.

The Haskins were listening. The Lord was revealing truths that were new to them. Silently, individually, Roger and Tonya believed the words of Romans 10:9, “If you confess with your mouth that Jesus is Lord and believe in your heart that God raised him from the dead, you will be saved.”

That night the Haskins argued for about four hours. They compared what they had learned about God’s plan for marriage to their own relationship, and there were no similarities. Arguing back and forth, they blamed one another for their problems.

Tonya wanted to tell Roger about her desire to put Jesus at the center of their relationship. But how could she do that? God had never been a part of their lives. She was afraid her marriage would end if she told Roger that.

And Roger was thinking, The only way we are fixing this train wreck we call marriage is by bringing Christ into it.

Finally, they stopped quarreling long enough to listen to each other; they realized they wanted the same thing. Roger took Tonya’s hand as they knelt side by side in their hotel room.

They prayed something like this: “Jesus, we’re broken. Our marriage is broken, and we need You. Please fix our marriage, because we can't. We give our lives and our marriage over to you.” 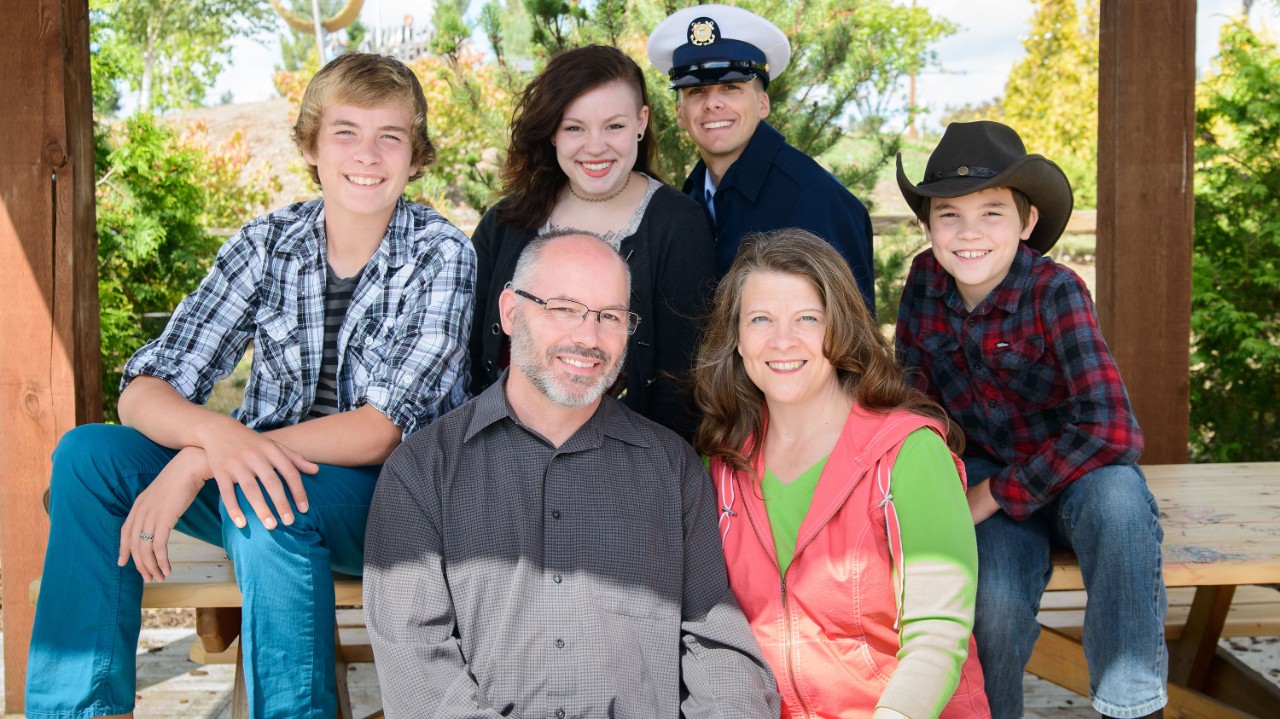 After the Weekend to Remember, the Haskins visited Island Baptist Church on Camano Island, Washington. The pastor and his wife, Rick and Pam Mitchell, began to mentor the young couple.

The Haskins began reading Bibles written for children and learned the stories of Moses, and Jericho, and Jesus Christ. They began to teach their own children about the Scriptures.

Roger and Tonya were excited about the difference Christ was making in their lives and marriage and wanted to help others. They made Christian friends and started leading FamilyLife’s small-group Bible studies in their home, beginning with Growing Your Marriage.

And they joined their local Weekend to Remember volunteer team to promote the next getaway, and ended up bringing nine couples. “We knew the impact it had on our marriage,” Roger says, “and that's why we started volunteering.”

Throughout the years, the Haskins' marriage continued to get stronger. One reason is because Tonya realized it was up to God to change her husband. Also, Roger began surrounding himself with godly men and gradually reduced his hours at work. Eventually he not only accepted the leadership role in his home, but began helping others in his community.

Today the Haskins have led about 15 Bible studies in FamilyLife’s Art of Marriage® Connect small-group series. In 2011 they began raising support to join the missionary team of FamilyLife where they serve today.

Looking back, no one is more astonished than Roger and Tonya by how the Lord has worked in their once-broken lives. They are doing all they can to tell others about the difference God can make in a marriage.

They are still living in the Stanwood, Washington house they purchased together while they were both single. But now it’s not just a house … it’s a home centered on the love of Jesus Christ.

For more articles about marriage, faith and parenting, visit FamilyLife, the family ministry of Cru.

Copyright © 2015 by FamilyLife. All rights reserved. Used with permission.

Does a Good God Want Me in a Bad Marriage?

A Prisoner’s Definition of Manhood

Out of the Average

Helene and Dean Conway once had an average marriage, but after attending A Weekend to Remember, the couple feels like they're back in Honeymoon stage.

A family feels God’s call to adopt and help orphans.

Taiwanese woman trusts God to bring her unfaithful husband back.